The National Child Mortality Database (NCMD) has launched a new section of its website, where safety notices will be published on a regular basis.

The new section is designed to highlight key risks posed to babies and children and has been designed for professionals supporting families to have a one-stop place where they can go to see the latest safety updates, and obtain information on what to do to mitigate those risks.

The new section of the website can be found here.

Young People have the right to be listened to, and taken seriously.

The Multi-Agency Learning and Development Group are pleased to announce the release of a short film advocating the right of children to be heard and the duty of those working with them to act.

The film was scripted, performed and produced with young people from across Leicester, Leicestershire and Rutland, using their voices to deliver this important message.

The virtual premiere took place on the 11th July 2020 to an invited audience and the film is now available to public here. 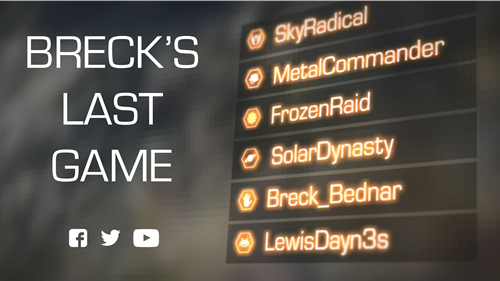 Breck’s Last Game, a short film about a 14-year-old boy who was murdered by a man he met on a gaming site, has been made available online. For more information, please visit our CSE page.

The Working Together 2018 Statutory Guidance has been published and is available here.

On 17th May 2018, the Leicester Safeguarding Children Board (LSCB) published the summary of a multi-agency learning and improvement review into the death of 15 year-old Brandon, who sadly took his own life in August 2016. Jenny Myers, Independent Chair of the LSCB has released a statement regarding the review.

We have also released a briefing for practitioners.

There is a new webpage giving resources around mental health and emotional wellbeing.

New ID checking guidelines were introduced on 24 October 2017. These guidelines will apply to all applications for standard or enhanced checks.

The guidelines are available online.

Leicester City Council has signed up to Signs of Safety (SofS) with a planned implementation journey of between 3 and 5 years.

Signs of Safety is an integrated framework for child intervention work.

CP-IS is the bridge for information to flow between the NHS and the Local Authority (being implemented nationally) in a 24 hour cycle. This guide will assist practitioners in making use of this information.

The film 'Kayleigh's Love Story' has been made available on YouTube to warn children of online grooming.

A checklist has been produced showing the warning signs that a child may be becoming involved in Serious and Organised Crime.

Advice for parents and sports organisations is available from the Child Protection in Sport Unit (CPSU).

The Child Protection in Sport Unit (CPSU) is a partnership between the NSPCC, Sport England and Sport Wales.

(In Scotland, there's a similar partnership between Children 1st and sportscotland.)

The Unit was founded in 2001 to work with UK Sports Councils, National Governing Bodies (NGBs), County Sports Partnerships (CSPs) and other organisations to help them minimise the risk of child abuse during sporting activities.

This followed a series of high profile cases of abuse of young athletes by those in positions of trust such as coaches in the sports.

Tri.x have produced a briefing to download on Safeguarding in Sport.

HeadSmart is a project that aims to enhance the awareness of symptoms of brain tumours in children and young people.

This card will give you all the information you need to be brain tumour aware.

To mark the International Day of Zero Tolerance for Female Genital Mutilation, the National Police Chiefs' Council has partnered with the Freedom Charity to launch a UK-wide campaign aimed at raising awareness. A red triangle symbol will be used to help encourage people to provide police with information that can help detect and prevent FGM in the UK and abroad.

The Red Triangle Campaign aims to help eradicate Female Genital Mutilation FGM/C in a generation. 200 million women and girls have undergone female genital mutilation. Not only as a nation but as human beings we must be serious about combating this globally.

The campaign involves wearing a small downward facing red triangle to symbolise solidarity against Female Genital Mutilation. Carrying out Female Genital Mutilation for no medical reason is a deplorable crime which violates girls and women's human rights. It deprives rights to basic health, freedom and their human rights to be women. It must be stopped.

Nominate your Young Person of the Year 2018

The Lord-Lieutenant's Award for Young People focuses on five key themes and nominations will need to demonstrate that the young person has made a contribution to society. Use the above link for further information and the opportunity to make your nomination!

Leicester Safeguarding Children Board are marking Private Fostering Week (3rd – 7th July) by reminding Leicester residents to get in touch if they know a child is living with someone other than their parents or close relatives.

Private Fostering Week is a national event which is part of an initiative called Somebody Else’s Child which aims to reduce the number of children in un-notified private fostering arrangements in England.

The National Child Sexual Exploitation Awareness Day has taken place. More information can be found at the Stop CSE webpage.

The Lullaby Trust and partners aim to make sure parents in the UK know the importance of safer sleep and are aware of how to reduce the chance of Sudden Infant Death Syndrome (SIDS).

The  second phase of the Home Office Disrespect Nobody campaign will run from 2 February until the end of March 2017. The campaign is focussed on digital and mobile first and will also run on TV aimed at young people, such as The Brit Awards and the Big Bang Theory, on radio, Spotify, cinema and online including catch up TV, X-Box, YouTube and Snapchat.  The first TV advert will run in the evening of Thursday 2 February in the Hollyoaks advertising break.

The aim of the Disrespect NoBody campaign is to prevent young people, both boys and girls aged 12 to 18 years old from becoming perpetrators and victims of abusive relationships.

For 2017 the focus of the campaign will be consent and sexting, which are both issues where many young people need more education and information. The campaign advertising directs young people to the website http://www.smartcdn.co.uk/homeofficeR4/mailresponse.asp?tid=9860&em=620176&turl=http://www.disrespectnobody.co.uk/ where they can get further information and signposts them to organisations who can provide support.

Tips and advice for keeping children safe on Pokémon Go

Visit the NSPCC's website for some useful tips and advice around the craze that has taken Britain, and the rest of the world, by storm.